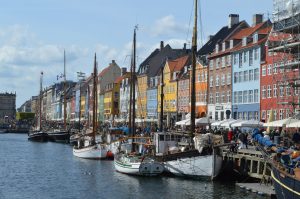 The Scandinavians sure have some odd traditions that don’t make much sense to the rest of the world, and that is why we love them so much. When does Christmas officially begin in Denmark? Why, on the first Friday of November, of course? It is called J-day (julebrygsdag  which means Christmas Brew Day). You probably know that the Danes love beer and it was the world famous brewery Tuborg that established J-day already in 1990 when they launched the year’s Christmas beer. Since then, the first Friday of November is when the Christmas drinking holiday starts. Side note is that Christmas beers have a higher percentage of alcohol than the regular types of pilsner, but who cares when it’s the holiday season!

Denmark has the fourth highest divorce rate in Europe, and we wonder if it has something to do with the next odd fact about the Danes. If you are single on your 25:th birthday, you will get dragged into the street by your friends and get covered in cinnamon. Again, if you are still not married when you turn 30, the next step is black pepper. Perhaps the pain of being shamed publicly in this manner is worse than getting married and then having a divorce a couple of years later. Why not create your own Custom labels for the wedding car with the sticker app to make sure that your friends take a note of your wedding, so they don’t shame you by accident not knowing you’re married!